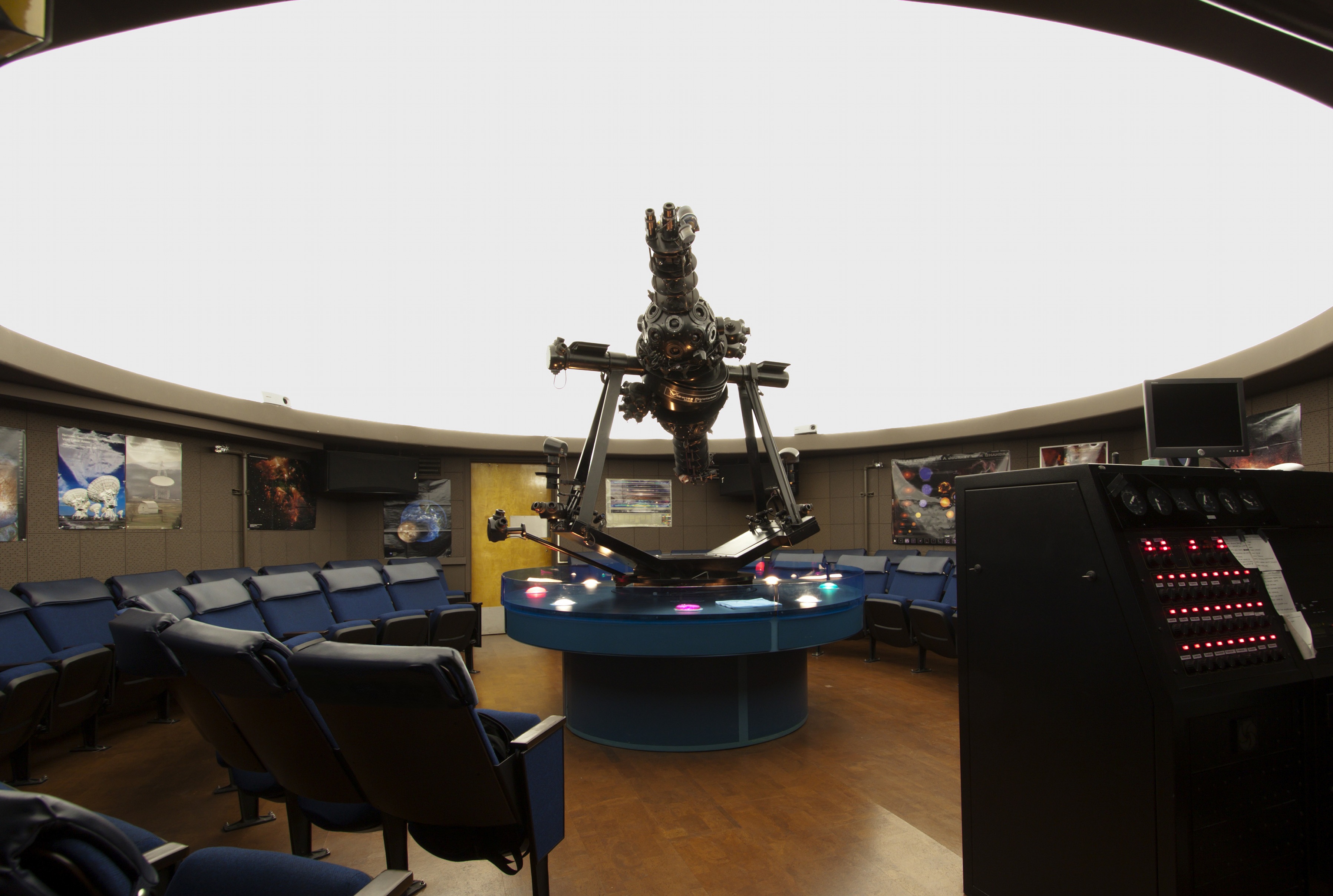 The UCLA Planetarium finished construction in 1957 as part of the Mathematical Sciences Building, and is operated by the UCLA Department of Physics and Astronomy. Over its lifetime, the 24-foot diameter dome has housed three different star projectors (see below). With seating for 49 people, the UCLA Planetarium is a unique and intimate setting for visitors to learn about the universe. The facility offers shows to introductory astronomy classes, the Los Angeles community, and educational groups. Shows are presented primarily by UCLA Astronomy graduate students. 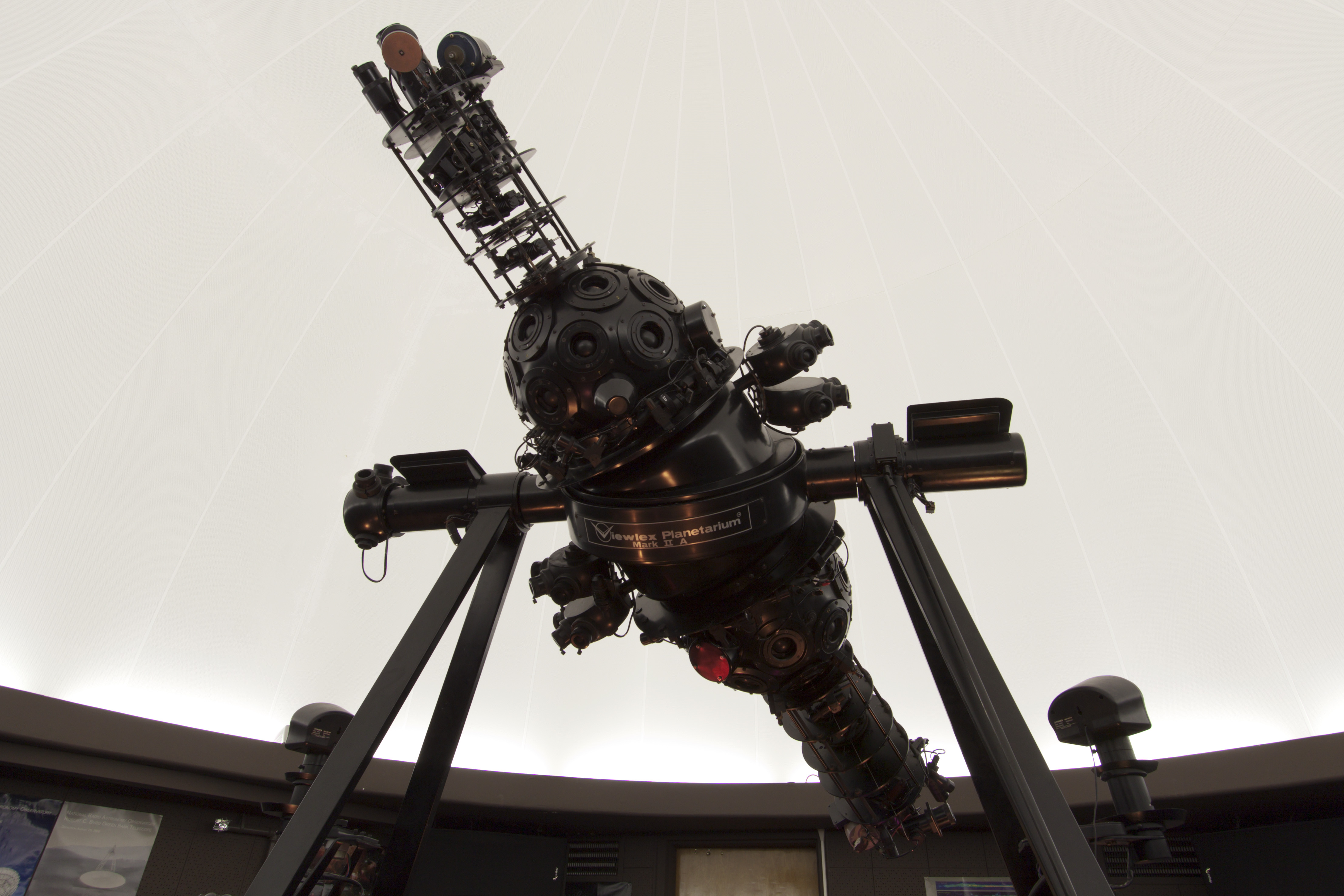 The star projector is at the heart of any planetarium - it is what recreates the night sky on the inside of the planetarium dome. Traditional star projectors, like UCLA’s, use several incandescent light bulbs ranging in brightness from 5 to 500 watts and pinhole screens to produce stars. They also have the usual ‘bug-like’ appearance, and must be located at the center of the planetarium. 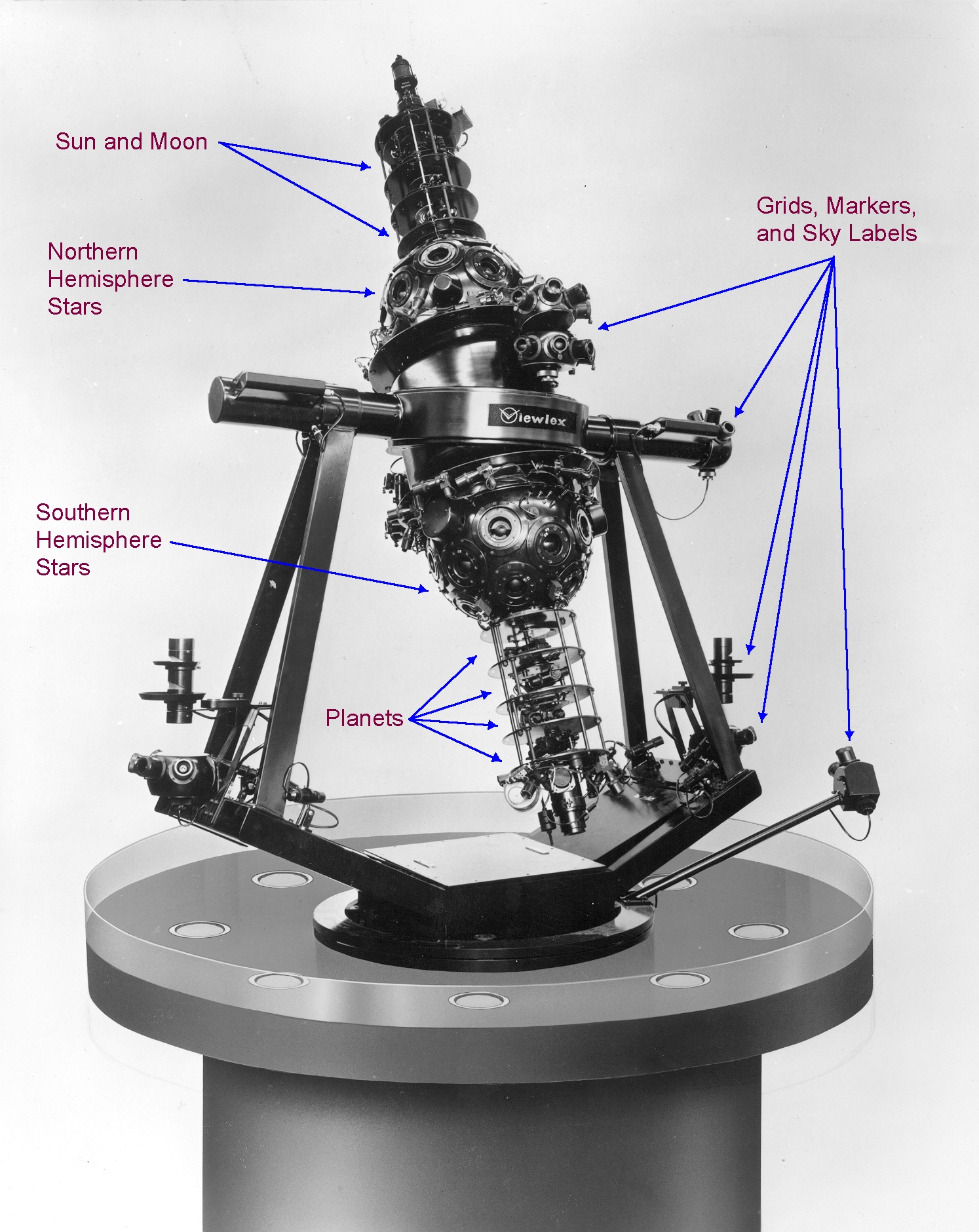 In addition, the UCLA planetarium uses three InFocus IN2104EP digital projectors to add video, animation, image, and text content to its shows. These projectors can be used simultaneously, and each generates an image occupying nearly ⅓ of the dome. Audio from any source is routed through the dome’s four-speaker audio system. 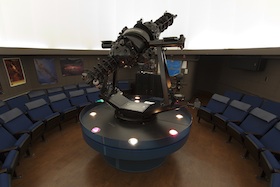 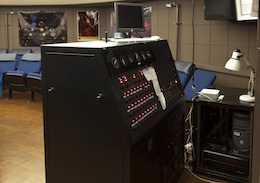 The telescope currently in use for public viewing is a Celestron 14-inch Schmidt-Cassegrain reflector mounted on a Celestron CGE Pro mount and housed on the 9th floor (roof) of the Mathematical Sciences Building. Two Televue eyepieces, 31 mm and 17 mm, provide magnifications of 113 times and 206 times respectively, providing stunning views of craters and mare on the lunar surface, cloud patterns on Jupiter, Saturn’s rings, multiple stars systems, star clusters, nebulae, and galaxies. 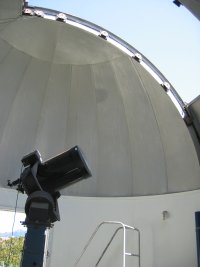 In November 2013, Southern California telescope company Celestron generously donated outstanding new telescope equipment to the UCLA Planetarium and Astronomy Live!, UCLA Astronomy’s outreach group. Included in the donation were a CGE Pro mount and filter wheel for our Celestron 14-inch telescope, which have greatly enhanced our weekly public telescope viewings. A new CGE mount for our Celestron 11-inch telescope and tripods for our solar telescopes have improved use of those scopes for events like Exploring Your Universe. Additionally, a Skyris 274M camera has provided us with fantastic astronomical images.

The UCLA Planetarium and Astronomy Live! are extremely grateful for this donation and thank Celestron for giving back to their local community to help spread appreciation and understanding of our night-sky. 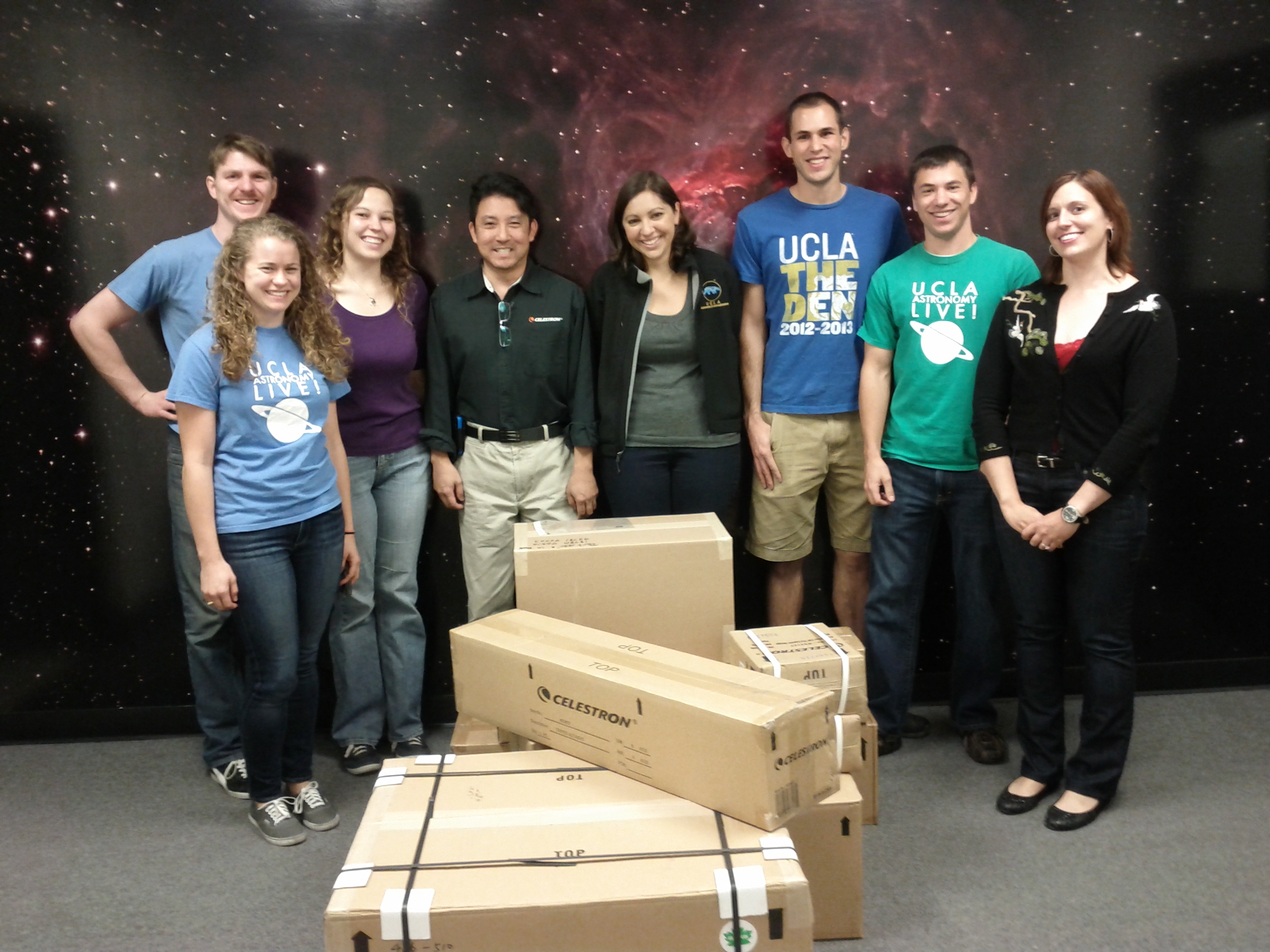