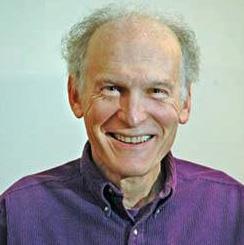 Environmental Interests: Professor Zuckerman believes that if astronomy is to have a viable future then people must confront the declining environmental health of the world. Unfortunately, major U.S. environmental organizations too often react to symptoms of environmental decline rather than to underlying causes. To illustrate one astronomy-related aspect of a world "civilization" seriously out of whack, consider a peopled mission to Mars, a wonderful project that would enlighten the spirit and knowledge of all mankind. According to leaders of the Mars Society, such a mission would cost of order 30 billion dollars. This may sound expensive, but when one realizes that in a typical year the USA spends 20 times this amount on its military budget, and such military expenditures go on year after year after year, by comparison $30 billion is not much money. Yet, a peopled mission to Mars is very unlikely in the foreseeable future. This huge imbalance in spending between something so fundamentally negative as the military and something so positive as exploration of Mars, is a sad and ultimately dangerous commentary on our country and the world. Current annual U.S. expenditure on astronomy is significantly less than the cost of a Mars mission. But if the U.S. and world environments become stressed too severely, then support of astronomy at anything like current levels may one day be regarded as an unaffordable luxury.

The primary focus of Dr. Zuckerman's recent research is the origin and evolution of planetary systems. Along with his students and other research colleague he has been investigating material in planetary systems that orbit around stars in a wide variety of evolutionary states and with ages that range from as young as 8 million years to as old as billions of years. In particular, the systems under investigation include some that are pre-main sequence, some on the main sequence, some post-main sequence giant stars, and some white dwarfs. The planetary systems under investigation include some types never before seen in astronomy.

The observational techniques utilized in the various programs include optical spectroscopy, infrared photometry, infrared and microwave imaging and X-ray photometry. Discoveries include the first images of extrasolar planets orbiting around brown dwarfs and around stars (other than the Sun) and the first reasonably good evidence for rocky planets orbiting an old extrasolar star. The evidence for the latter is somewhat indirect and consists of detection of the huge quantities of dusty debris resulting from collision of two old rocky planets, much as if Mercury should wander out of its orbit and collide with Venus or Earth. As part of a different research project, the bulk elemental composition of ancient extrasolar asteroids was measured using the photospheres of "polluted white dwarfs as detectors for material that previously resided inside of asteroids. There exists no other technique in astronomy capable of measuring the composition of such minor (low mass) extrasolar planetary bodies.

In addition to the above research papers, Prof. Zuckerman has edited two books that deal with exciting astronomical topics ("Extraterrestrials, Where Are They?" and "The Origin and Evolution of the Universe") and another ("Human Population and the Environmental Crisis") that concerns the major problem of our time.