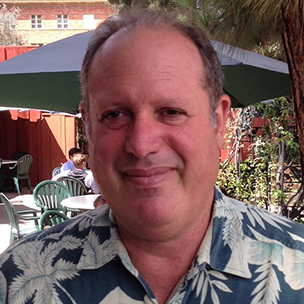 Research Interest
I work on the subject of "Galactic archeology" - the ages, chemistry, kinematics, and structure of stellar populations at the present epoch (the "fossil record") as a constraint and primary source of information on theories of galaxy formation and evolution. I use data from Keck and HST to address these programs. These data are complementary to the inferences drawn by study of the distant Universe; a successful theory of galaxy formation/evolution must satisfy constraints from both the fossil record and the distant Universe. My participation in the Galaxy Evolution Explorer (GALEX) science team has opened up a new subject area, galaxy evolution from z=0 to 1. I am PI of the BRAVA and Blanco DECam Bulge Survey programs, and operate a special purpose 0.7m telescope to study low surface brightness dwarfs and halos around nearby galaxies.

My current work at Keck includes a program to obtain high resolution spectra of 19th mag giants in the Bootes II ultrafaint dwarf galaxy, Laser-AO/OSIRIS spectroscopy of the core of Terzan 5 and other Galactic bulge globular clusters, to search for central black holes, high resolution infrared spectroscopy of giants within 100pc of the Galactic Center, and abundance and velocity dispersion measurements of M31 dwarf spheroidal galaxies, to constrain their origin and dark matter fraction. I am principle investigator of a $700,000 NSF-funded project to map the Galactic bulge using the Dark Energy camera at Cerro Tololo observatory.

My noteworthy research achievements include the first abundance distribution, composition measurements, and HST-based age, for the Galactic bulge, the discovery of a new class of nova in M31, the first resolution of the M31 bulge population into stars (Groundbased and HST), the discovery of the first confirmed black hole in a globular cluster (M31-G1), discovery of the first known neutron-capture element-deficient metal poor star (D119 in Draco), measurement of the spectroscopic abundance gradient of the M31 halo, and the first high resolution infrared spectroscopy of the Galactic bulge and its globular clusters. I am also PI of the Bulge Radial Velocity Assay (BRAVA) survey of 10,000 bulge giants, which discovered cylindrical rotation, the bulge stellar rotation curve, and demonstrated that the bulge is a pure kinematic bar; the BRAVA database is public. My achievements using the Galaxy Evolution Explorer satellite include a survey of the UV rising flux in elliptical galaxies, a widely used FUV-flux to star formation rate calibration.

My collaborators include scientists from the UK, Canada, Italy, Germany, France, Japan, and China. My observing program at Keck employs the AO-fed OSIRIS imager (searching for black holes in globular clusters) to the halo of M31 (DEIMOS spectrograph) and ultra-faint dwarf galaxies (HIRES/ESI).