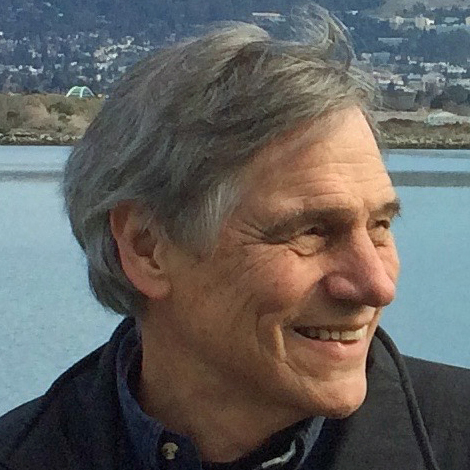 The Galactic Center: Much of Professor Morris' research is aimed at understanding the innermost regions of our Milky Way Galaxy. This relatively extreme environment is characterized by high densities of stars, gas and energy, strong magnetic fields, and a supermassive black hole. All of this gives rise to a variety of phenomena not evident elsewhere, including stellar collisions, large-scale shocks, powerful magnetohydrodynamic displays, and perhaps a jet from the black hole. Dr. Morris uses radio, infrared, and X-ray observatories to learn as much as possible about this complex region and to elucidate its unusual phenomenology, much of which is likely to be important for understanding active galactic nuclei and galactic evolution. He is the Associate Director, and one of the founding members of the UCLA Galactic Center Group.

Massive Stellar Clusters: The Galactic center region contains three of the most massive stellar clusters in the Galaxy: the Arches cluster, the Quintuplet Cluster, and the Central cluster surrounding the Galactic black hole, all of which are young. Morris and colleagues have been been investigating several aspects of the dynamics of these clusters: their Galactic orbits, their internal dynamics (including mass segregation), and their inexorable disintegration in the tidal gravitational field of the Galaxy. One of the major questions that motivates these efforts is how these clusters formed: why do the unusual conditions in the Galactic center region favor the formation of such massive clusters? The answer to this question probably applies to all spiral galaxies having abundant gas in their nuclear region.

Planetary and Pre-planetary Nebulae, Bipolar Nebulae, and Mass Loss from Red Giants: Dr. Morris also does research on a critical stage of stellar evolution, when red giant stars undergo the transition to planetary nebulae. Using both observational and theoretical techniques, he and his colleagues are trying to understand the bipolar morphology of many molecular circumstellar envelopes and the mechanisms which cause mass ejection along well-defined polar axes, especially in the final stages before a planetary nebula is produced. Bipolarity appears to be connected to binarity, whether it results from the gravitational influence of an orbiting companion, or to the actual merger of two stars when one of them expands enough in the normal course of its evolution to exceed the binary separation. This is most dramatic when red giants are in their AGB phase and are expelling their atmospheres as a strong, outflowing "superwind". Morris is presently investigating what the superwind looks like if the mass-losing star is orbiting a companion star in a binary system. His observational research in this area has employed the Keck Telescopes, the Hubble Space Telescope, the SOFIA Observatory, and the Very Large Array radiotelescope.

Star Formation: When massive stars form in an interstellar cloud of molecular gas, they emit copious ultraviolet radiation and strong stellar winds, both of which have a strong feedback effect on their parent clouds. The UV radiation ionizes the ambient gas and thereby sculpts the cloud by eating progressively into it. Denser regions of the cloud are slower to ionize, so they tend to persist as the ionization front sculpts around them, producing pillars of cold, dense gas that have been referred to as evaporating gaseous globules, or EGGs. With Raghvendra Sahai (JPL) and Mark Claussen (NRAO), and others, Morris has identified a class of EGGs that have been completely pinched off from their parent clouds. These free-ranging EGGs, or frEGGS, are further sculpted by the strong stellar winds from the same massive stars that are responsible for the ionization. The frEGGs very frequently assume the shape of a tadpole, with a head pointing toward the source of the wind, and a tail of material behind the head. The compression of the frEGGs by the wind and radiation has led, in many cases, to the formation of stars inside the head. Research is under way to investigate this new mode of star formation and the dynamical evolution of the frEGGs.

Protoplanetary Disks: The formation of a star is almost always believed to be accompanied by the presence of a long-lived accretion disk. After the central star is formed, the persistent disk can form planets over a time scale extending beyond a million years. Such protoplanetary disks are often highly obscured, and thus are accessible to only radio or long-wavelength infrared observations. However, in certain locations, notably the Orion Nebula, the Hubble Space Telescope has revealed that some such disks, known as "proplyds", can be seen in silhouette in visual or near-infrared light. In this unusual environment, the disks are being rapidly photoevaporated by the intense ultraviolet radiation emanating from the nearby Trapezium stars. With colleagues at other institutions, Morris has been imaging these systems and studying them spectroscopically with the Keck Telescope in an effort to measure their kinematics, their detailed content, and, if possible, their rotation. The Keck Telescopes are also being used to follow the dynamics of some of the youngest stars in this region.